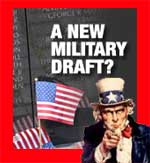 paying any attention to what we are doing. Nobody really cares enough to find out. The ones who do sign up to go are not given an accurate picture of what is going on there and even they don’t bother to find out. They naively think our great nation couldn’t possibly be asking young men and women to put themselves in harm’s way if it weren’t for a good cause or wasn’t doing good for the area.

I wish it were like it was during the Vietnam War. Since people were forced by the draft to put their lives on the line people paid attention to what we were and weren’t doing over there and got mad about it. Mad enough to at least make some noise and try to get noticed. 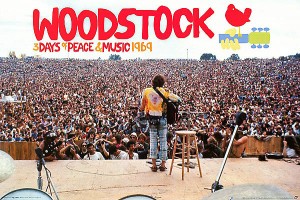 I wish we had demonstrations like we did back then. Not the kind where they set cars on fire but the kind where thousands of people would show up to show their dissatisfaction with how things were going in Vietnam. I would love to see the younger generation reached through music at massive rock concerts like Woodstock where so many songs were war protest songs, except this time it wouldn’t be hippies showing up because we don’t have hippies any more. Except for my brother and his friends.

I would love to see another Country Joe McDonald shout out another “Gimme an ‘F’, gimme a ‘U’”, followed by something like his song I-Feel-Like-I’m-a-Fixin’-to-Die Rag which goes like this:

Well come on all you big strong men Uncle Sam needs your help again. Got himself in a terrible jam, way down yonder in a Viet Nam. Put down your books, pick up a gun, we’re goin’ to have a whole lot of fun. Well it’s one, two, three what are we fightin’ for? Don’t ask me I don’t give a damn. The next stop is Viet Nam. And it’s five, six, seven, open up the Pearly Gates, well there ain’t no time to wonder why. Whoopee! We’re all gonna die.

In the middle of the song Joe stopped singing and said, “Listen people I don’t know how you expect to stop the war if you don’t sing any better than that. There’s about 300,000 of you f%$#@ out there. I want you to start singin’!” In this video you can see the people rise to their feet and really get into it, especially when he started singing:

“Now come on mothers throughout the land. Pack your boys off to Viet Nam. C’mon fathers don’t hesitate. Send your sons off before it’s too late. Be the first one on your block to have your boy come home in a box. Alright! One, two, three…”

This song helped get a young generation, those who stood the most to lose in a stupid war, to question what their elders running the country were thinking, and get past the sense of patriotism that everyone wants to have, but quite often causes a whole nation to turn a blind eye to the reality of their leaders’ politics. Some attribute this moment at Woodstock to the beginning of the ending of that war. I was only ten at the time but Woodstock would remain a part of my generation’s consciousness all through junior and senior high, even after President Nixon pulled us out of the area three years later, his decision due largely to pressure from war protests.

Many have turned to WW2 and UK Prime Minister Neville Chamberlain’s appeasement of Naziism as a lesson in what not to do about ISIS, but have forgotten the other lesson to learn from WW2, how a whole nation of good people, good Lutherans at that, can become accomplices to evil because they want to be patriotic and support their homeland, and their government knew just how to frame the debate to be able to use this loyalty against them. Here’s what Nazi leader Hermann Goering had to say about that:

“Why of course the people don’t want war … But after all it is the leaders of the country who determine the policy, and it is always a simple matter to drag the people along, whether it is a democracy, or a fascist dictatorship, or a parliament, or a communist dictatorship … Voice or no voice, the people can always be brought to the bidding of the leaders. That is easy. All you have to do is to tell them they are being attacked, and denounce the pacifists for lack of patriotism and exposing the country to danger. It works the same in any country.”

The biggest problem with the Vietnam War, if you agree the war was just to begin with, was that the politicians were only allowing the military to use half measures and didn’t let them really fight the war. This is depicted well in the movie Flight of the Intruder where Navy pilots were tired of getting shot down by SAMS when they 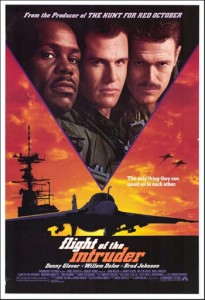 could have avoided it by bombing a North Vietnamese SAM missile storage facility near Hanoi but they were told to stay away from the city. Two pilots risked court martial to bomb it anyway but weren’t court martialed because President Nixon decided to get more aggressive and let the pilots do what they wanted to do all along and so they kept the rogue bombing a secret.

The movie is fiction but the politics weren’t. Many today will point out how it was the Democrat presidents before Nixon who were lame and it took a Republican to have the chutzpah to really fight the war, and somehow they apply this to our current efforts against ISIS in Iraq and Syria, as if we are dealing with a standing army run by a foreign nation in a country that sees us as liberators instead of occupiers.

During the Second Gulf War under President Bush Jr. I so wanted to feel like our country was again liberating a nation like we had done a few times before. I wanted to have that sense of pride like we got from hearing Canadian broadcaster Gordon Sinclair’s 1973 speech America: The Good Neighbor that got a lot of play after 9/11 in response to the sentiment that some expressed that perhaps we might have done something to deserve retaliation by Muslim extremists.

When I heard on the news about children who were political prisoners under Saddam Hussein who were set free by our troops I thought it was all worth it. Or so I wanted to tell myself. I had no idea the price other good Iraqis had to pay for that freedom, a price that was not universally paid willingly.

I didn’t want to investigate what was really going on over there. Thinking of our country as liberators felt good and I didn’t know any better and in my ignorance I didn’t have any reason to think otherwise.

Since we don’t have a draft nobody cares that President George W. Bush disregarded the sovereignty of a nation and like the rogue nations we have tried to control with the United Nations that we set up to deal with rogue nations to prevent the destruction of war he ignored this international tribunal. Nobody cares that we have laid waste to Iraq and it’s in worse shape than when we started and we are about to do the same to Syria because we don’t like their dictator and want to give them the gift of democracy. Nobody cares that under the secular regime of Saddam Hussein Christians lived in relative peace but since we invaded Iraq nearly 150,000 Christians are being killed each year, even in countries like Pakistan that we are pumping billions of dollars into. Nobody cares that the church is about to be extinguished in one of the lands where it was birthed.

Today it seems the only ones who care about what’s going on in the Middle East are the churches that host persecuted Christians like Brigitte Gabriel who just want us to know how evil Islam is and spreads Islamaphobia and misinformation about Sharia Law in Texas. This big church full of people wants to hear this Lebanese Christian’s American nationalism and give their biggest applause when she says, “I believe English is the official language of the United States,” as if that has anything to do with her appeal. Will the mothers in this crowd care to investigate the bigger historical picture about the Middle East that this woman leaves out?

Since their kids are not coming home in boxes, and nobody is singing sarcastic songs about it, probably not.

Why Christians, and All Americans, Should Support the Palestinians, Not Israel
A Christian’s Plan to Deal with the ISIS Crisis
We Should Have Listened to the Libertarians About the Middle East
Our Presence in the Middle East Really IS About Oil

2 comments for “Why I Miss the Draft, Anti-War Protests, and Woodstock”