Not many days go by without seeing some sort of “Stand with Israel” image pop up into my Facebook news feed. And, each time it does, my heart grieves over the fact that so many of my fellow Christians have been taken in by this new and dangerous theology, and in so duped into supporting terrorism and oppression… all in the name of God.

I grew up believing that Israel was God’s favorite country (also commonly expressed as “the Jews are God’s chosen people”), and the center of all God’s activity in humanity. Not only were they considered God’s “chos 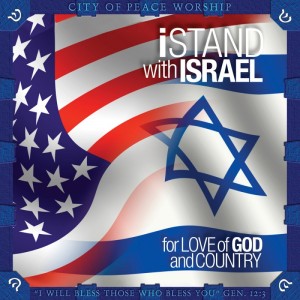 en” people, but we were taught that failing to support the nation of Israel would result in being cursed by God, whether you were an individual or an entire nation. This has caused much of American Evangelicalism to develop a blind love affair with the modern nation of Israel, who they see as the center of God’s past and future activity in the world.

I believe that this theology of the “Church and Israel Distinction” is actually one of the most dangerous and destructive theologies in the world today. It is unlike many of the other
“secondary” theologies that are privately held beliefs which do not impact others one way or another. Conversely, this theology is causing a great many Evangelical Christians to embrace violence, condone oppression, support torture, and is actuallycreating terrorism. Ironically, this theology leads one to support not Godly behavior, but instead embrace behavior that is anything but Jesus-like.

The purpose of this post is to explain why this “pro-Israel” theology is ridiculously unbiblical, and how “standing with Israel” ironically causes one to stand opposed to God.

Why Christians, and All Americans, Should Support the Palestinians, Not Israel
A Christian’s Plan to Deal with the ISIS Crisis
We Should Have Listened to the Libertarians About the Middle East

1 comment for “Standing With Israel: How Bad Theology Duped Us Into Supporting Terrorism and Oppression”