Now that people are interested in Revelation due to the new Left Behind movies I’d like to add one bit to the discussion of how we are supposed to interpret this book. Even some atheists will be interested in this because you hear about all this Anti-Christ and Rapture and Great Tribulation stuff and wonder how far Christians can go with it. I’d be happy to have you listen in as I bring up one small point to them that may help you to realize these Left Behind proponents don’t speak on behalf of the Christian church or even Evangelicals.

I have heard several sermons over the years about lukewarm Christians who will get spewed out of God’s mouth, rejected and go to burn in Hell forever, or at least miss the Rapture and have to go through the Great Tribulation.  This is according to their interpretation of Revelation 3:14-19, a message directed to a particular church that existed in the city of Laodicea. It’s a section where God is speaking and saying how he wanted that church to be either hot or cold but since they were lukewarm he is going to spew them out of his mouth.  Some will do their homework and tell us how “spew” really means “vomit” but I have never heard one of them explain what the whole scenario would mean to someone living in the city of Laodicea at that time. They will wax eloquent about how the Rapture is not for lukewarm, mamby-pamby, saved-by-the-skin-of-your-teeth kind of Christians but for sold-out, on-fire Christians who love the Lord with all of their hearts, the kind that might be included in “I wish you were hot” in the passage. 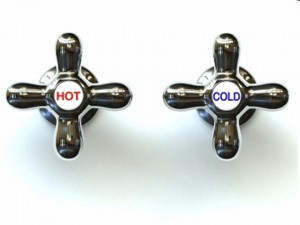 You generally didn’t hear this kind of sermon in a Lutheran church but heard it in a Charismatic or Pentecostal church where they thought of themselves as being an on-fire bunch of Christians so the sermon was directed in a self-validating and elitist manner toward those “Lukewarm Lutherans”, and others, “out there,” (outside their door) or perhaps the poor searching soul sitting in the pew who had a lot of questions about all of this charismatic stuff and just wasn’t getting with the program, hoping a little fear of missing the Rapture and going through the Great Tribulation would help motivate him. For most of you that kind of motivation is counter-productive but it was preached just in case it worked on somebody who needed to hear it.

One of my favorite preachers at the time was Keith Green and as I recall he preached this sermon and if you know Keith Green you know he wasn’t preaching to those “out there” but was actually preaching to those who came to his concerts. Prophetic types really like this passage, especially if they haven’t bothered to find out what it’s really about.

When I was in that frame of mind in my younger years I was amazed to find someone who actually called himself a Lukewarm Lutheran. I remember looking at him and thinking, “Dude, do you realize what you are saying?” I so wanted to help him escape The Great Tribulation but really I was the one that needed a little help with my history.

Revelation was written to 7 churches in Asia Minor, in what is now Turkey. To them it wasn’t a mind-boggling array of disjointed images and chronologies about events far in the future as it seems to be to us.

Here’s the bit of history that I was missing. I got this out of the Bible Background Commentary published by the InterVarsity Press.  As some of you may know the IVP is about as Evangelical as you can get.

Back in Laodicea they had hot springs outside of town. They brought this water into town through pipes or aqueducts. By the time the water got to town it was no longer hot water but lukewarm. It was not warm enough for a nice hot bath to soothe the aching muscles after a hard day at work. Neither was it cold enough to refresh you on a hot day.  If you tried to drink it you would find it to be too warm and you would spit it out. It probably also had a sulphur taste like natural hot spring water tends to have which might make you sick and want to vomit so you got it out of your mouth as soon as possible.

Everyone in Laodicea knew what this was like. No explanation in Revelation was needed. To them, this lukewarm water was simply USELESS. When they read these words to them in the letter of Revelation (they probably didn’t have a name for it yet and it wasn’t a book, it was a message), they knew they were being warned about being useless Christians, as useless as their water, not spiritually “dead” Christians, as Charismatics like to think.

Whoah, not so fast.

Without going into the issue of eternal suffering itself I think the message the Laodiceans were supposed to get is that God wants people to be useful and finds useless Christians to be distasteful.

This of course will be construed as “watering down the Word”, or taking the “punch” out of the message, or something like that, but if you are thinking that how do you know the author had intended there to be that kind of punch or the undiluted concentration of words of warning that you have in mind? Have you taken any time to learn how this type of literature was interpreted in their ancient Near-East culture or are you just assuming they would look at it the way you do 2000 years later, like when you were assuming the temperature of the water symbolized spiritual fervency when in fact it doesn’t?

Once you get into what the symbols and the whole book meant to them at the time you will discover things like the emperor Nero being nicknamed by his own subjects as That Great Beast, and when he was in Beast Mode, you do well to just stay out of his way (sorry Marshawn Lynch, I couldn’t resist).  He had a statue of himself at the entrance to the markets in Asia Minor where in order to go in and buy and sell you had to take some of the incense in your hand they were burning at his statue and rub it on your forehead and proclaim, “Caesar is Lord.” That’s what is meant by “And he caused all, both small and great, rich and poor, free and bond, to receive a mark in their right hand, or in their foreheads. And that no man might buy or sell, save he that had the mark, or the name of the beast, or the number of his name,” in Revelation 13:16.

You will also find that this type of literature, called apocalyptic, was not meant to be taken as a chronology of events to happen beyond their lifetime but an encouragement that God will act in their lifetime to right the wrongs being committed against them, in their particular case by an oppressive apostate religious establishment, often portrayed in their own writings as a Harlot, and now getting authority from the civil government to kill Jesus and persecute his followers.  The Great Whore Babylon riding on the back of the Beast in Revelation 17:6, in other words.

I’m not saying Revelation was written to them exclusively, and not to us today, and there isn’t anything in there for us today. I’m just saying it was written to them first and they understood it because the author was referencing things they were familiar with, things which would lead them to think, “I know exactly what John is talking about,” not think, “What in the world is this all about, this must be for some distant culture and it will make sense to them because it sure doesn’t make sense to me.” They would have read the statement in the very first sentence about these things happening quickly to mean “soon,” not quickly in the distant future, and expect the rest of the message to play out in their lifetime. The Greek word used in “The revelation of Jesus Christ, which God gave him to show his servants what must soon take place,” can mean quickly, but it is never used to mean quickly at a later time. It is always used to mean to be quick so as to make something happen sooner, not later.

In the field of Hermeneutics, the art and science of interpretation, this is what’s known as Audience Relevance. That means in order to understand what it means for us today we must understand what it meant to them in their day. This is a basic principle of theology that gets ignored by modern pundits who want to put the End Times in our future rather than in our past.

Every author in the New Testament that touched on this subject, and even Jesus himself, believed Jesus would return soon, as in their lifetime. If the proponents of the Left Behind series, and the majority of Evangelical churches, are correct in saying it has yet to happen then there is only one conclusion we can draw: Jesus and his apostles were mistaken about his return. Either that or they were purposefully lying about it as a trick to get people to stop sinning and be ready for it even though they knew it wasn’t going to happen any time soon. I’m not sure how many proponents of biblical inerrancy are willing to admit that Jesus and the apostles were wrong about something so it would seem much more in line with their Evangelical beliefs to find another interpretation that takes Jesus at his word. Do a little Google searching and you will find what you need.  Not only will you be able to understand the symbols but the message of hope Jesus has for our church today which has been lost in all the efforts to finding modern day fulfillment of the words of Revelation.

For extra credit I would also like to mention that we tend to make a lot of assumptions when we read many scriptures which cause us to put the End Times off in our future rather than at the time of the writing of the scriptures. I challenge those assumptions in my article Wrong Assumptions About the End Times.

Why Christians, and All Americans, Should Support the Palestinians, Not Israel

Standing With Israel: How Bad Theology Duped Us Into Supporting Terrorism and Oppression
A Christian’s Plan to Deal with the ISIS Crisis

← Standing With Israel: How Bad Theology Duped Us Into Supporting Terrorism and Oppression
Israel Statehood: A Catastrophe, Not a Miracle →