What are our priorities as the body of Christ?

The following article shows what could be done with just the interest on the value of all church real estate in the US. The numbers are 23 years old but the point remains the same.

I must say that I was stunned when I saw the statistics with respect to Christian real estate in the United States. Christian Smith, in his excellent book Going to the Root, outlined what we could do with the money if all the church real estate were liquidated.

Although it is wishful thinking to imagine that we could sell all the edifices, it probably will never happen.

If history tells us anything, church buildings are usually confiscated or destroyed by hostile, anti-Christian groups. Perhaps some Christians with buildings can beat the next group to the punch and turn the real estate into cash that can forward the cause of the gospel throughout the earth, while there is still time.

We’ll see who hears the wake up call. 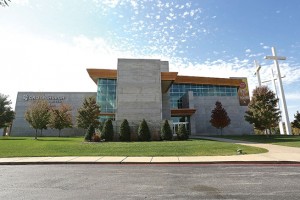 According to Christian Smith, the value of real estate owned by churches in the United States is over two hundred and thirty two billion dollars. In addition to the actual value of the real estate sold, there is another $2.1 billion spent on utilities and maintenance that would be saved. Brother Smith proposes that if we took the money from the sale of the above and just spent the interest earned, we could do the following every year, until the banks fail or Jesus comes back!

“Suppose Christians spent only the interest earned on the invested money (not taking into account money not spent on debt service and maintenance, which could also go into service projects). We could comfortably do the following every year, year after year:

Perhaps you would not agree with some of the ways he suggests to spend the money. Even so, do you get the point?

Another figure to consider is the savings in interest on all of the outstanding mortgages of church property.

This is one reason I’m not too enamored with the institutional church. I’ve seen way too many church mortgages get in the way of doing God’s work. Ditto for church salaries.

← To Congress: Cut Military Budget in Half
If This Is Your Idea of Fun – Welcome Aboard! →