What if we didn’t know which books of the bible should be in the bible?

What if we didn’t know whether Paul’s writings in the bible are inspired to the point of being exactly what God wanted him to write? What if some of what Paul or any other bible author wrote was just from their own human mind and not from God, but we didn’t have a way to find out which was the case? 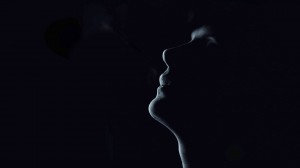 What if we didn’t even have the bible but only parts of it and Christians in other parts of the world had different parts of it, or had books in their bible that we have never heard of or wouldn’t even want in our bible if we had heard of them?

Would any of this make any difference in our walk with God? Would this cause us to lose our faith, lose our morals, or become slaves to our own carnal ways of thinking?

For many people if all of the above were true they couldn’t imagine how they would even function as a Christian, or how churches could ever function as churches, yet this is exactly the experience of the early church.

This is how it all started.

It was with all of these uncertainties that God inserted the Son of God into society, called men and women to follow him, called them to be like him, even think like him, and then pass this faith on to others, and grow the church for over 300 years before there was a bible. All of the above uncertainties were what they had during this time.

Back then, Catholics and Evangelicals didn’t even exist. How so? An Evangelical believes the bible is the final authority on matters of faith. That’s what defines an Evangelical. If there isn’t a bible there aren’t any Evangelicals. A Catholic believes God created an institution that had the divine ability to sort through history and scriptures to determine infallibly what truth is with regard to matters of faith and practice. If at a time in history there does not exist such an institution, then there are no Catholics during that time.

If we haven’t established what the bible is we wouldn’t be able to say whether a doctrine is biblical or not. Even if we all got together and approved a list of books to be in our bible would we necessarily know that God was putting his stamp of approval on our list? What if we missed one?  What if God only wanted half of those books in our bible but didn’t tell us which ones? After the scripture canon (a list of approved writings) was ratified at the end of the 4th century these questions were not answered so even then there was no such thing as an Evangelical. That simply is not how the early church operated. It took hundreds of years before any particular list of approved writings became the accepted canon among the majority of churches.

A Catholic believes that despite all this unsureness God ordained the church to sort it out, infallibly, and that there is an unbroken string of Christian doctrine from Jesus until now, but the evidence from history proves quite the opposite. There is no indication that the church of the first 300 years had an institution that kept the church in line with the hearts and minds of Jesus and his apostles. They had the apostles for a short period of that time but even they didn’t always agree with each other, and they weren’t omnipresent. Not every church had an apostle. Some churches were actually quite isolated from the rest of the churches. In the year 200 AD, for example, how was an apostle in Cappadocia, or a theologian in Gaul, or a bishop in Mauretania supposed to have the same doctrine when they weren’t working off the same script and never saw each other or even knew of each other their whole lives? 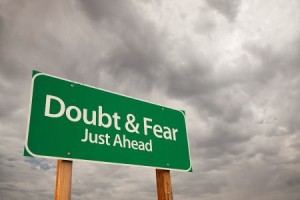 After the apostles died their immediate successors, the Apostolic Fathers, improvised with impunity. Though they were well-regarded at the time, some of their beliefs were considered heretical by the church a few hundred years later.  Without a bible it was a make-it-up-as-you-go religion. Theologians were free to come up with ways of understanding God and what was revealed to man through Jesus and his appointed leaders. There was no standard of orthodoxy to which all men could appeal if they thought someone else or some other church was getting off track. All anyone could do was make a reasoned case for believing his ideas or not believing someone else’s ideas. It wasn’t until hundreds of years later that any group of church leaders even tried to determine which of their writings were inspired and which of their doctrines were “orthodox.” For the 200 years after the apostles there was no general consensus on many of the issues of their day that we take for granted, such as the nature of God and Christ, so it’s impossible to say there was any sense of certainty during that time, much less an infallible Magisterium which is a bedrock understanding of the Catholic faith.

If you are an Evangelical, the debatable points above deal with the nature of inspiration: whether everything written in the bible is just what God wanted them to write, or not. Of course as Evangelicals we admit that what we do have, ancient manuscripts several generations removed from the originals, is flawed. Nobody claims we have an accurate manuscript from which to translate into our native languages. Except for the King James Only proponents, but nobody takes them seriously and I don’t see any reason to start doing so here.

What would be the point of God infallibly inspiring the biblical authors if he isn’t also going to make sure the original autographs are preserved without humans making any changes, make sure those perfect manuscripts are translated perfectly into English and every other language on the earth (not that that’s even possible), and then give us a way to perfectly interpret those translations so we don’t get anything wrong? There would be no point. Infallible scripture writers do us little good if we don’t also have infallible document recorders, infallible translators, and infallible interpreters. We don’t have those. We don’t even have the original supposedly perfect writings.

If you are an Evangelical you gotta agree with me here, unless you happen to be a King James Only Evangelical. If you agree with me about the lack of perfection in what we do have, why then promote the perfection we don’t have? The Evangelical bedrock of inerrant scriptures is not bedrock, it’s sinking sand.

If you are a Catholic you will probably take exception with the idea that we don’t really know which books should be in the bible. You believe that Jesus would not ascend to the right hand of the Father without leaving us with some assurances that we can know the truth, and know it unequivocally.  This is why you believe God will put his stamp of approval on what your church does, or better make sure your church doesn’t do it wrong.

What both Evangelicals and Catholics can agree on from my list of questions at the beginning of this article is that the early church didn’t know which books of the bible should be approved. They had only parts of it and Christians in other parts of the world had different parts of it, or had books in their “bible” that others never heard of or wouldn’t want in their bible if they had heard of them. I don’t think there is an Evangelical or Catholic who would disagree with this assertion.

Actually, to be more accurate, they didn’t have a bible until the end of the 4th century when the canon of scripture was ratified by a couple of church councils.

So there you have it. Jesus planted his church and grew it for over 300 years in a sea of uncertainty, and many consider this to be the golden age of the church before Christianity was legalized and then tainted by the ungodly Roman culture of its time.  All that we know about Jesus Christ and the Gospel came from an era where not much of anything was known for sure. They knew a lot and had many wonderful, life-changing truths to share, and they had faith, to be sure, a vibrant faith that often makes us look like Fair Weather Christians, but it was faith in Jesus Christ, not church, not anyone’s interpretation of scriptures, and not even the bible.  How could they?  They didn’t have one.

This sea of uncertainty has been used as a reason by thinking people to reject the Church, reject Evangelical Christianity, and reject Christ. That last rejection doesn’t have to be. In fact, embracing the doubt that was the standard mode of operation before we had Evangelicals and Catholics will free us to discover the faith of the early church, the faith as it was first introduced to the human race, the one that turned the world upside down. Without having had a bible or an institution that had everything figured out for them they knew no other way to follow Christ.

That is the “faith once and for all delivered to the saints,” before it was changed by both Catholics and Evangelicals.

A Christian’s Plan to Deal with the ISIS Crisis

The Monster God of Calvinism